In 2007, Sonny Moore shocked From First to Last fans, when he announced his split from the emo-screamo rock band. His official reason for departure? His desire to pursue a solo career as a DJ. He also cited repeated damage to his vocal cords. No doubt from belching out some powerful notes as lead vocalist, with no professional training.

This seemed reasonable enough; except for the fact that Moore (rebranded as Skrillex) seemed almost impatient with reporters who asked about his relationship with From First to Last. He all but begged the media and his fans to forget he was ever in an emo-band.

By 2009, he had launched a successful career in electronic music that would build him a legacy as the Father of Dubstep. During this time, guitarist Travis Richter made multiple attempts at reconciliation, but to no avail.

So imagine the surprise of From First to Last fans when rumors started circulating about Skrillex reuniting with his old band-mates. Sure enough, on January 15, 2017 – which happens to be Skrillex’s 29th birthday – the band released the Make War single.

So here are 5 product launch tips we learned at Alexis Chateau PR, from this fiasco.

Rumors about Skrillex possibly working with From First to Last began circulating as early as the summer of 2016. He triggered the rumors when he shared a song on a radio show that showed heavy influences from his his emo-band days. From First to Last further stirred the pot by sharing the link on their Facebook page.

It’s hard to say if Skrillex and his bandmates had really planned on working together from way back then, but it certainly got fans geared up for the grand finale on January 15.

Few of us really knew what to expect of the Make War project. Was this a full reconciliation with the band? Would Skrillex just produce the song, or would he provide vocals on the track?

Would this be more emo rock music, or was From First to Last stepping into the electronic genre? After all, like Skrillex, Travis had a pretty good electronic stint as The Rattlesnake, and gained our attention sometime around 2008, when he used a sample from a Jamaican artist, Busy Signal.

We still don’t have all the answers, and From First to Last will likely take their time in telling us. But the guess work and ensuing speculation by fans and the media helps to propel the band back to the front-lines of rock. The Father of Dubstep may bring rock back, after all.

The greatest concern after any successful band loses its lead singer is that the vocalist won’t make it on their own. It happens all the time. Many lead vocalists quit great bands  with big expectations, and then disappear from the media.

But not Skrillex. He went from the frontman of a well-known band in the emo-rock niche, to a household name around the world. He’s done shows everywhere from California to Japan to Jamaica, where our Senior Graphic Designer had the awesome opportunity to meet him in the flesh.

It comes as no surprise then that the branding of Make War is mostly centered on Skrillex’s involvement with the project.

According to the band:

Sonny co-wrote the track in addition to lending his vocals and production skills for the original band’s first reunion in more than a decade, with all other original members returning for their respective roles.

Another important factor the media has glossed over is the repeated attempts from band members over the past decade to reach out to Skrillex for reconciliation.

As a fan, I followed up with their Twitter pages far more than I should have had time for in college, and watched Travis’ attempts be blatantly ignored time and time again.

Even for From First to Last’s 2015 album – Dead Trees –  Matt Good admitted he contacted Skrillex to work with them on the project. Skrillex wasn’t on it, so the only safe guess is that he declined, or didn’t respond at all.

As a huge Sonny Moore fan, none of this is intended to throw shade on the former frontman. We may never truly know why he left From First to Last, and who was at fault.

What all this does show is that persistence and not being quick to burn bridges, does pays off. So thank you to Travis especially, for never giving up.

Despite the seeming death of rock, From First to Last has maintained relevance primarily through social media. This was true even before rumors of reconciliation with Skrillex.

According to Rolling Stones:

Even the band’s Facebook page has been teasing fans with the imminent reunion, posting Moore-era FFTL photos and sharing an Alternative Press article that featured footage of Skrillex singing on an upcoming new track.

Fans also look specifically to Travis and his social media pages for news on the band, and he’s known for interacting with us. Yes, us. I’m still a big From First to Last fan, and have spoken to Travis a few times on Twitter, Instagram, and Facebook.

In fact, his girlfriend from way back when once sent me a sassy tweet after a mention I sent his way. But that is a story for another day…

For now, all that’s left to say is welcome back Sonny Moore – for however long we have you! 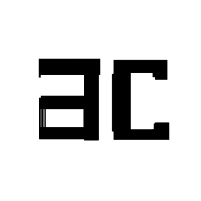