On March 3, 2017, The Verge published an article claiming JetSmarter tried to extort $2000 from a journalist – all for a positive review. And not just any journalist, but one of their own.

According to the report:

In exchange for a demonstration of the service (a round-trip flight in the US), JetSmarter sent us an agreement that demands an uncritical puff piece.

The rub? JetSmarter wanted the credit card number of a Verge reporter, so that it could charge them $2,000 if they didn’t publish a positive story “within 5 business days.”

The Verge even published a portion of the alleged terms as proof. Sure enough, it shows requests not just for credit card information, but a valid ID for the journalist taking the risk.

If you’ve never heard of JetSmarter, it’s a self-styled travel agency, putting a fleet of private jets at the beck and call of the wealthy. Back in 2016, the company even offered helicopter shuttle services in cities like New York.

Not surprisingly, membership fees alone are $10,000, annually. And some customers share that the prices have continually gone up over the past few years.

The company launched in 2012, and kicked off a massive PR and marketing campaign for luxury travel. And why not? It certainly has the funds for it, after being backed by the likes of Jay Z and the Saudi royal family.

How do we know? Aside from the fact that The Verge mentioned some of this in their article, Founder & Managing Director, Alexis Chateau, worked with the brand in June 2016.

She provided about a dozen of their travel pieces, via a third party agreement with another Florida-based client. Ironically, Alexis dropped the client providing JetSmarter’s content, shortly before launching the PR firm in November 2016.

Can you guess why? Because of their unethical practices, and the questionable requests they often sent her way. Alexis shares:

They never pressed after I said ‘no’. But it was insulting that they even bothered to ask me – especially after I told them multiple times, I wasn’t interested. I always clearly stated it was for ethical reasons.

The final straw was when the manager tried to throw me under the bus, after he dropped the ball on an eBook project for a client.

I completed the project and then sent my termination letter with the project submission. He asked me to stay on to complete some other outstanding pieces he had planned, but I refused.

It cost me about $500 to $800 of monthly revenue; which at the time, was also my only personal income. But integrity is priceless, so I bit the bullet. I have no regrets.

To be fair, none of these unethical requests came from JetSmarter.

Thoughts on the JetSmarter Scandal

Denial Not an Option

In all honesty, it’s nearly impossible to back out of this mess. While we certainly don’t advocate for unethical approaches to public relations and marketing, no wise business person makes threats in writing.

Denying the incident took place is not an option. If the allegations are true, The Verge has the proof, and can publish the full document at any time. This would only lead to further embarrassment.

While the scandal does pose a threat to JetSmarter’s reputation in the business community, it might not have a damaging effect on their relationship with customers.

This might explain why the company – as far as we can tell – has yet to issue a public response to The Verge’s allegations.

However, as a startup, it will need the positive support of the media to grow. And with the high cost of chartering jets, it also needs a good reputation to attract further investments.

Thus, an apology would be wise. There is, after all, a $1.5 billion brand at stake.

What are your thoughts on the allegations, and JetSmarter’s silence on the issue? Do you think the company should take a different approach to its media relations, and policies on ethics?

Sound off in the comments below! 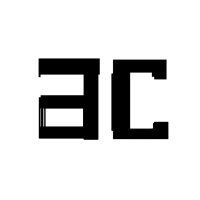